Here's the third weekly patch for the 0.8.5 version of After The Collapse. Expect a couple more of those before I get back to more content-centric updates. As usual, previous save-games (0.8.3+) and mods should be compatible.

The full changelog is at the bottom, but I want to highlight 2 major improvements:

This is still a bit experimental and under-tested, but it seems to work very well.

When survivors are hungry or thirsty, instead of fetching drinks or food one item at a time, consuming it, and eventually looping back to fetch more, they will now try to retrieve everything they need in one go and then go to the dining room to consuming everything they gathered.

Additionally, drink and food needs are treated at the same time. So if a survivor is very hungry and slightly thirsty, they'll fetch like 2 food and 1 water in one go. As such situations where a survivor would eat something, go to work, and then cancel the job 10 seconds in to go drink something are a lot less common.

Overall it should be a great base productivity boost, especially if the base ain't very well optimized.

The only small downside compared to the previous system is that survivors might consume a bit more food than before. Nothing big, and the added productivity should more than make up for it.

This new feature is aimed at the more experienced players who like to have complex / optimized settings for their depots. 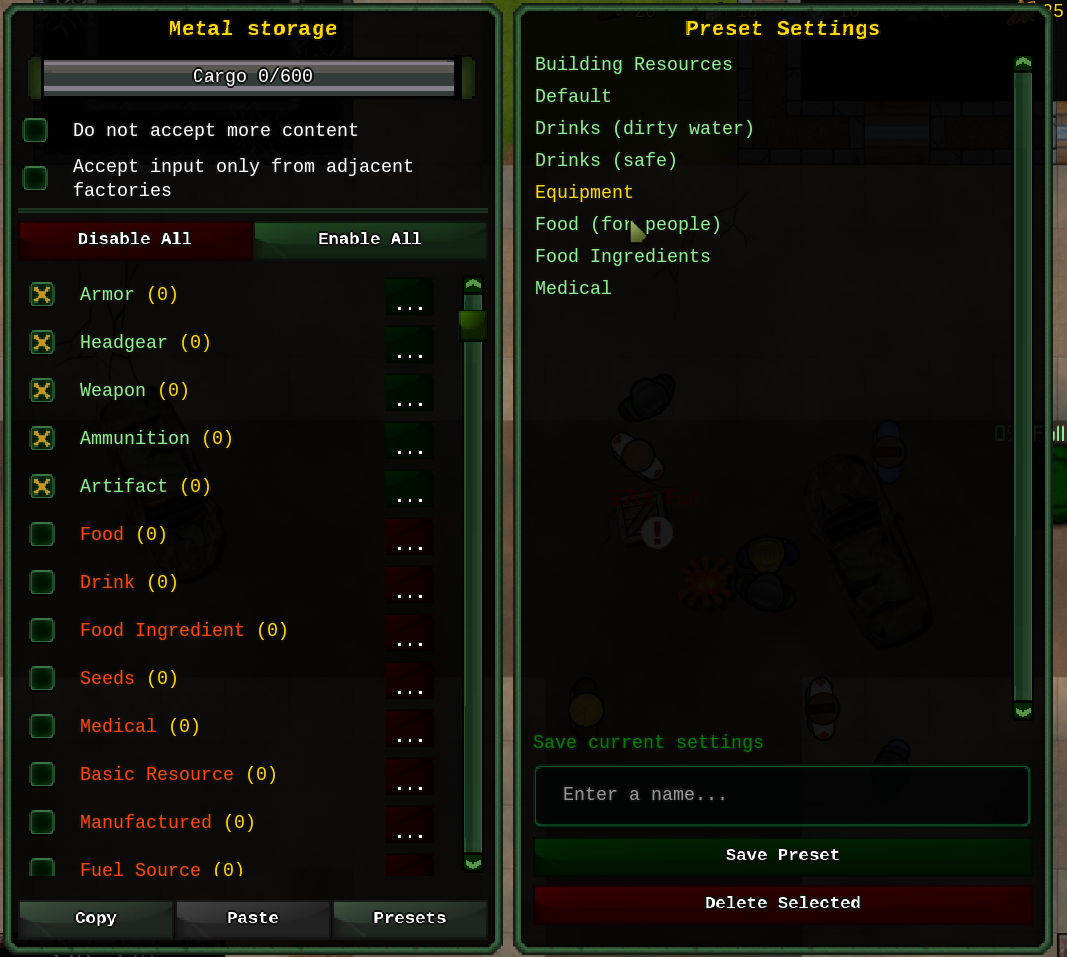 Simply put, you can now save/load presets for your storage buildings by clicking the small "Preset" button on the bottom of their associated menu.