After The Collapse 0.5.4: Sewers, Usability and Fixes

As we're gearing up for more content centric updates, this patch's main goal was to clear most of the remaining bugs and annoyances, improve usability and finish our sewer procedural generator. 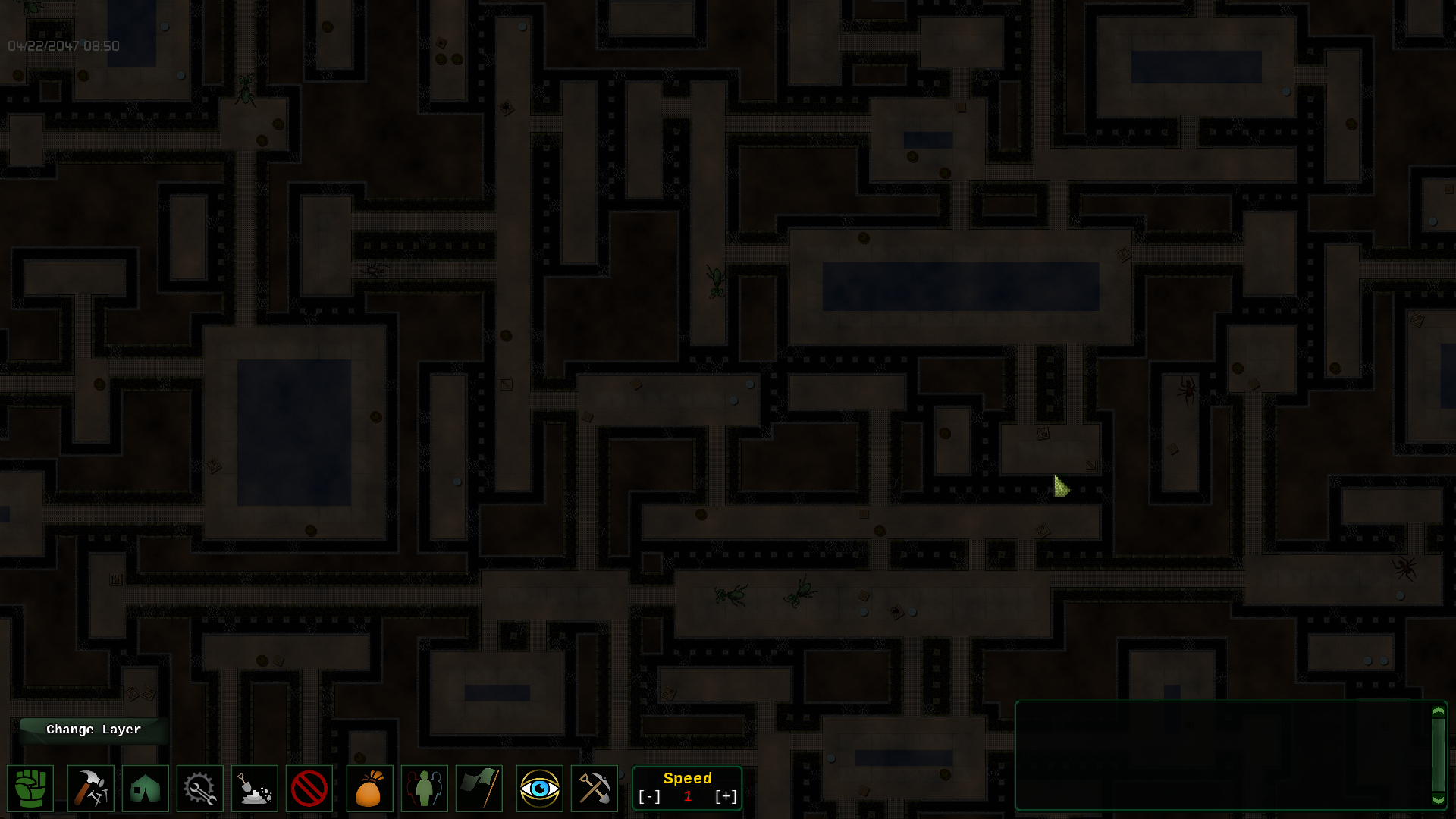 The sewer generator is fully usable now. It's a slightly more dangerous area than the caverns (with default settings) as it's harder to find areas that are safe from roaming creatures. On the other hand, you'll find plenty of metal and stones inside. Note that the impassible water tiles can be covered by floor tiles.

After making a base dedicated to booze production, I noticed that large amount of booze production facilities would interfere with the cooking jobs (as it's the same activity), as such, I added the Brewing skill for everything booze related. Also, I added the ability to copy/paste queues from stations to other (similar) stations. 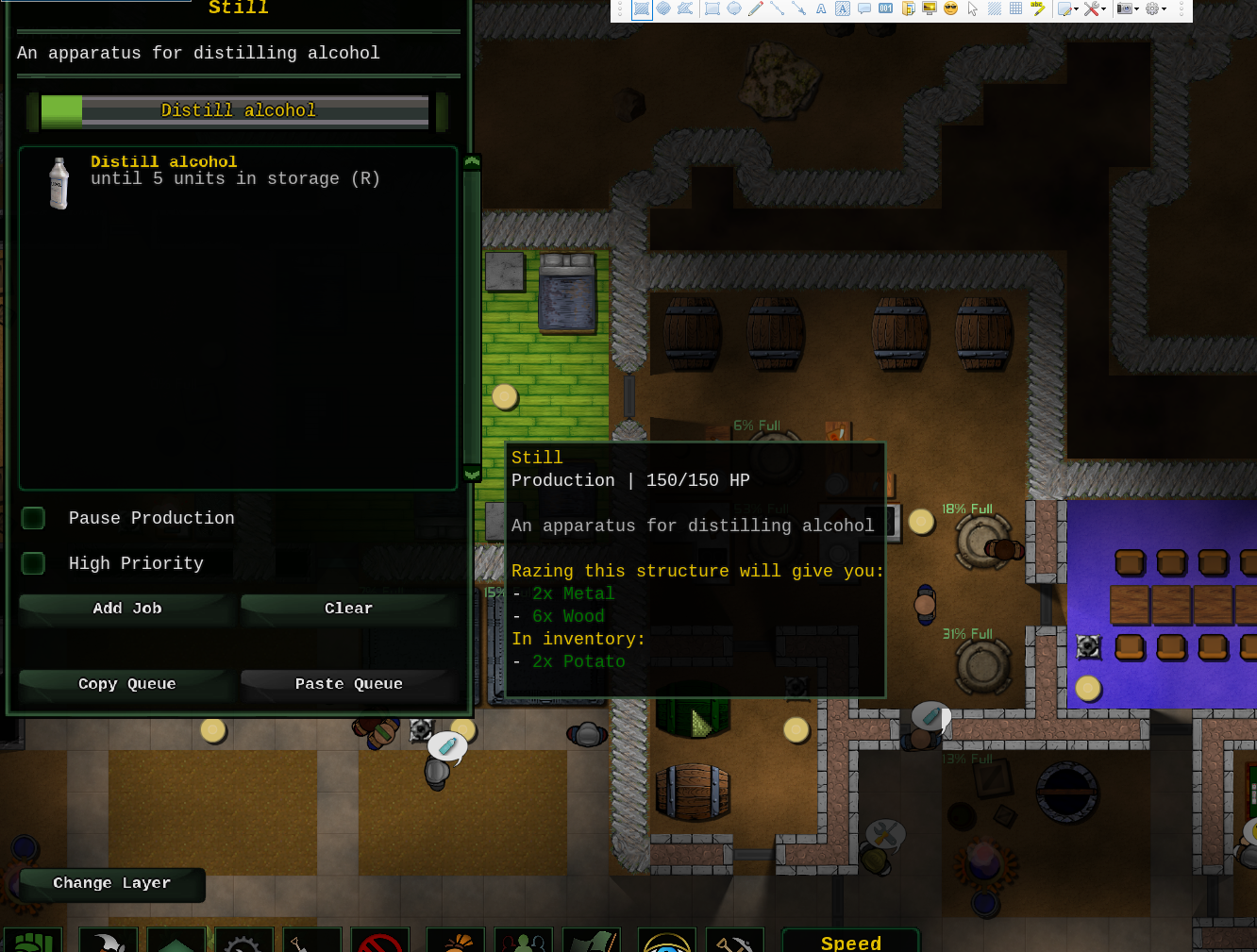 Additionally, I added a much needed keyboard shortcut (M by default, rebindable) to select all military ready units when you're in alert mode. Several menus and tool-tips also got minor tweaks, a right click when no menu is open will also trigger to content tool-tip (disassembling content and cargo info have been separated for player owned stuff as you can see in the screenshot).

Last but not least, unharmed settlers get a small passive healing buff while sleeping and power generators will send "do it now" jobs when they are about to run out of fuel.

I increased performances during large mining and wall building/disassembling operations. This is especially noticeable on very large maps (and yes, more performance fixes will come for large maps). 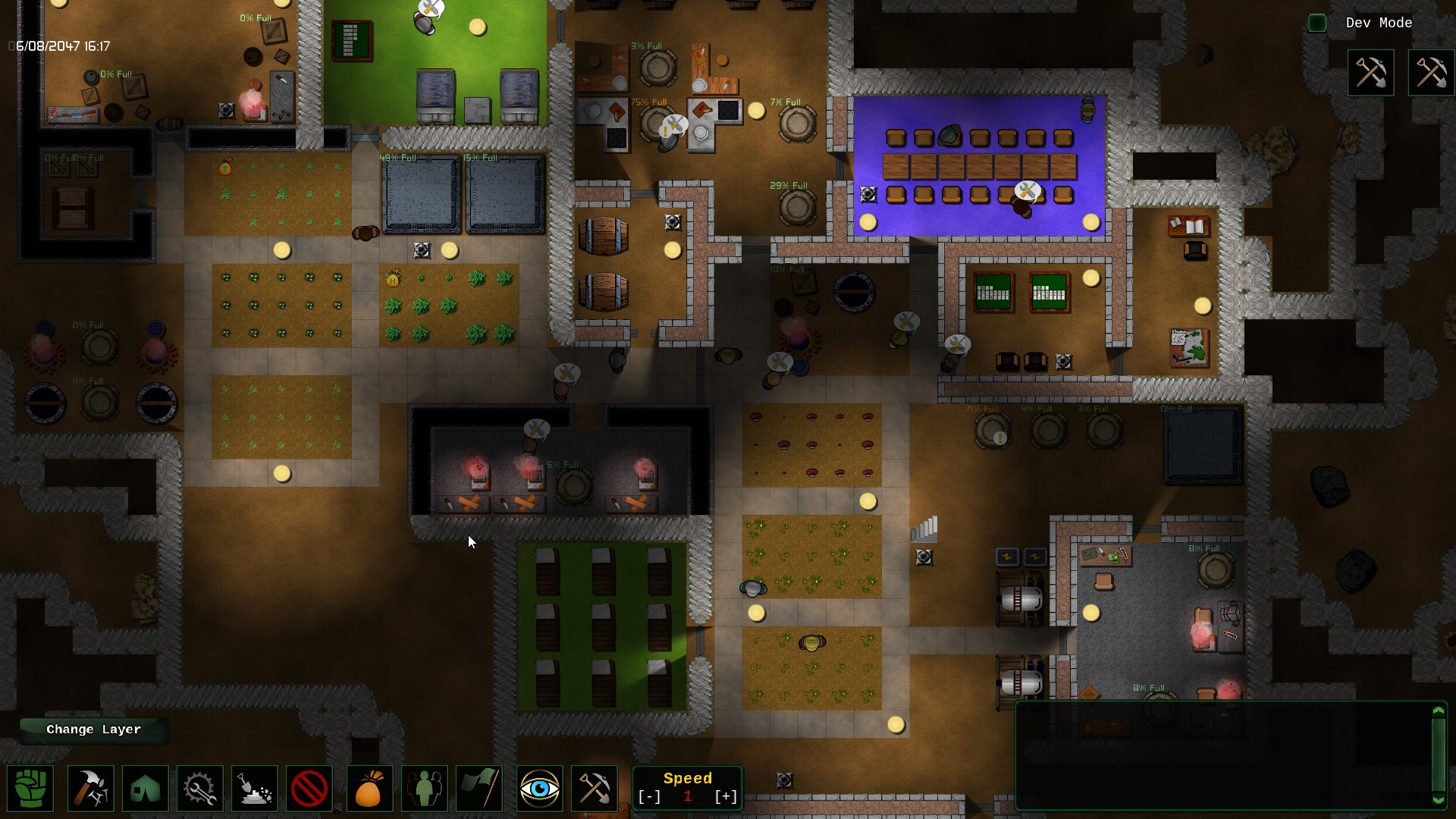 And finally there's a bunch of bug fixes, most notably a rare & random crash when multithreading is enabled, several cases where creatures would get stuck into a wall when saving & loading a save-game, and the game not warning you when a trait morph into something else (like a laceration getting infected).

This is save compatible with the previous version, but some of the changes will only apply to newly built crafting stations. Additionally, and if and only if you're loading an old save-game, the brewing job is disabled by default on all of your settlers. Beside that, you should be good to go.

A post-apocalyptic base building game featuring urban environments in which you can build both below and above ground.